The California condor population was reduced to 22 birds by 1982, with the last wild condor brought into captivity in 1987. Captive breeding efforts have been highly successful since 1988 with reintroduction of condors to the wild beginning in 1992. Although there are numerous challenges for condor recovery, exposure to toxic levels of lead has been a major long-term threat to condor persistence.

The Karen C. Drayer Wildlife Health Center is coordinating a partnership between the University of California, the California Department of Fish and Wildlife, the United States Fish and Wildlife Service, the United States Geological Survey, the National Park Service, and Ventana Wildlife Society to investigate the behavioral and environmental factors influencing ongoing lead exposure in the condor population and evaluate the impact of recent lead ammunition regulation in condor range.

Studies will also evaluate the health effects of ongoing lead exposure in condors by assessing impacts on survival and population health. Findings from this work will directly inform condor management on a day-to-day basis and are critical to inform long term science-based management of this species.

California passed a law in 2013 that will ban the use of lead ammunition when taking wildlife with a firearm. The intent is to protect scavenging birds and other wildlife from the threats of lead poisoning from spent lead ammunition. Much of the research that helped shape the new law (which will be phased in over the next six years) was conducted by researchers at the UC Davis Karen C. Drayer Wildlife Health Center.

UC Davis wildlife epidemiologist Terra Kelly studied the effects of big game hunting on lead exposure in carrion-eating birds like eagles and turkey vultures and monitored the effect of a 2008 law that made it illegal to hunt with lead ammunition in eight counties within the California condor range. Kelly did her doctoral work with wildlife health expert Christine Kreuder Johnson, associate professor of epidemiology at UC Davis School of Veterinary Medicine.

Scavenging birds and other animals are susceptible to lead poisoning when they inadvertently ingest spent pellets or bullet fragments in the tissues of animals killed by lead-based ammunition.

“Lead is a soft metal, so it fragments upon impact leaving hundreds of pieces around the wounded area of the animal. Many scavengers forage in large groups, meaning a single carcass or gut-pile containing spent lead ammunition can expose many individuals.” –Terra Kelly

Lead poisoning has been an ongoing issue for birds at rehabilitation facilities, with Golden Eagles being hit especially hard.

"By the time they get to the center, we’re often unable to treat them because they’re so close to death. We put in our best efforts, but very commonly it’s a losing battle. Prevention is definitely the way to keep these birds from having this problem.”

Kelly and Johnson’s studies were funded by the California Department of Fish and Wildlife and published by the journal PLoS ONE in 2011.

While their research illuminates the threat posed by lead ammunition, Kelly and Johnson make clear that hunting itself is not the issue at hand.

“Hunting is an irreplaceable tool for wildlife management especially now that we have fewer large predators but more invasive species like wild pigs,” said Johnson in 2011, when the studies were published. “Yet we know that accidental consumption of lead can make animals and people sick.”

“It just makes good sense to use non-lead ammunition, wherever it is available, to protect wildlife as well as eliminate any potential risk to hunters and their families." –Christine Kreuder Johnson, Director of EpiCenter for Disease Dynamics 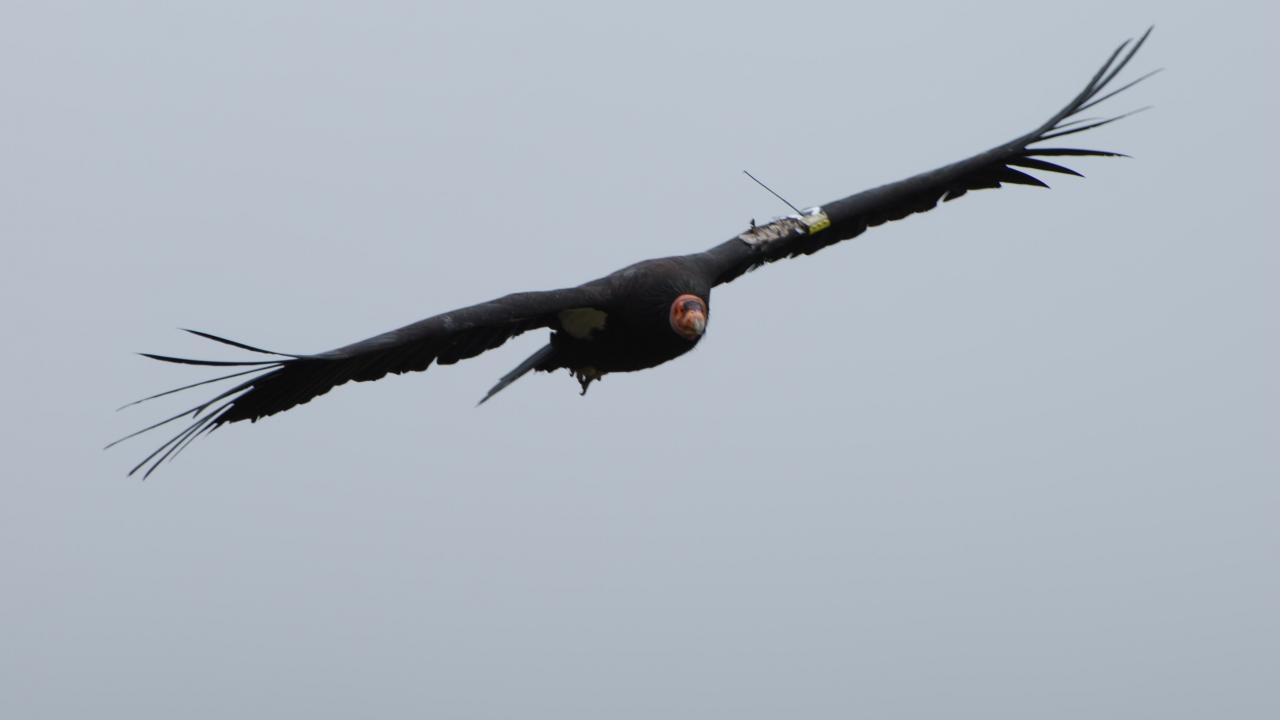