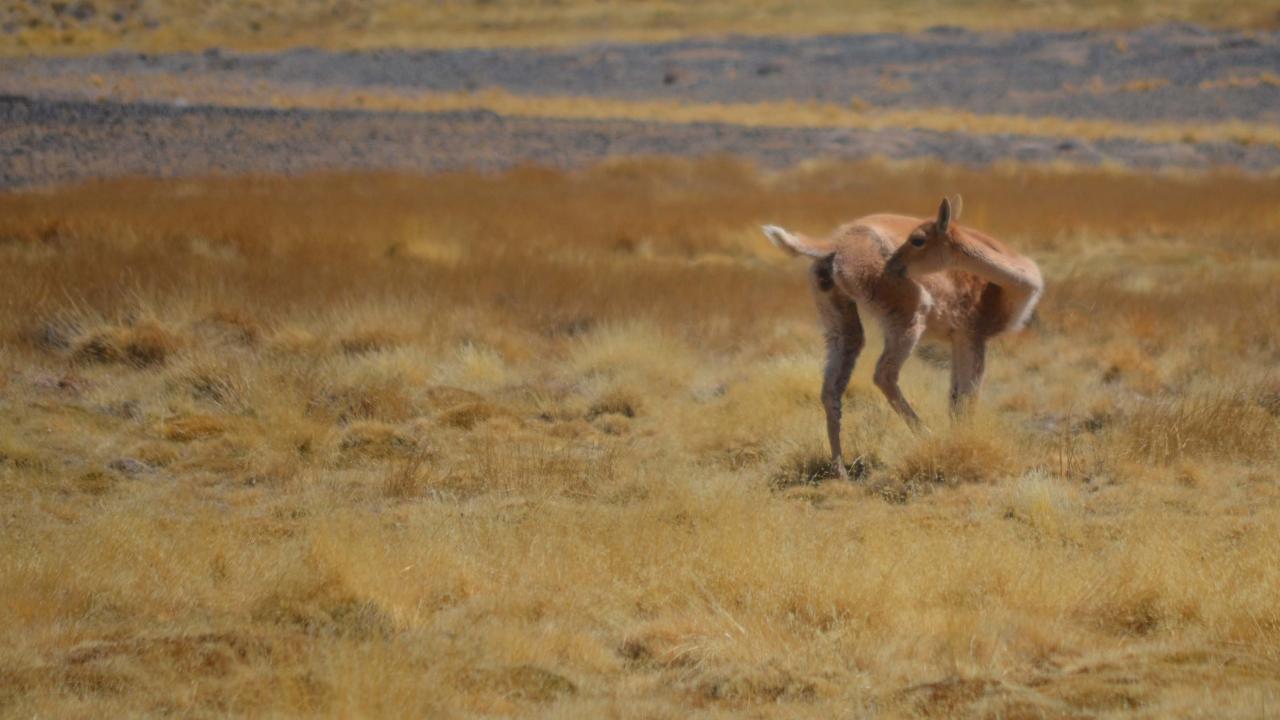 Domestic Llamas May Have Been Source of Epidemic. Cascading Consequences Expected.

Mange has decimated the population of wild vicuñas and guanacos in an Argentinian national park that was created to conserve them, according to a study from the Administration of National Parks in Argentina and the University of California, Davis.

The findings, published today in the journal PLOS ONE, suggest domestic llamas introduced to the site may have been the source of the outbreak. Cascading consequences for local predator and scavenger species are expected.

Vicuñas and guanacos are species of wild camelids native to Argentina, Chile, Bolivia, Ecuador and Peru, where the vicuña is the national animal.

The study investigated the impacts and origins of the outbreak, which began in 2014 in San Guillermo National Park.

Between 2013 and the onset of the study in 2017, populations of guanaco and vicuña were down 95% and 98%, respectively. Nearly three-quarters more were lost between 2017-18 alone. By 2019, researchers could no longer find either animal during the study surveys.