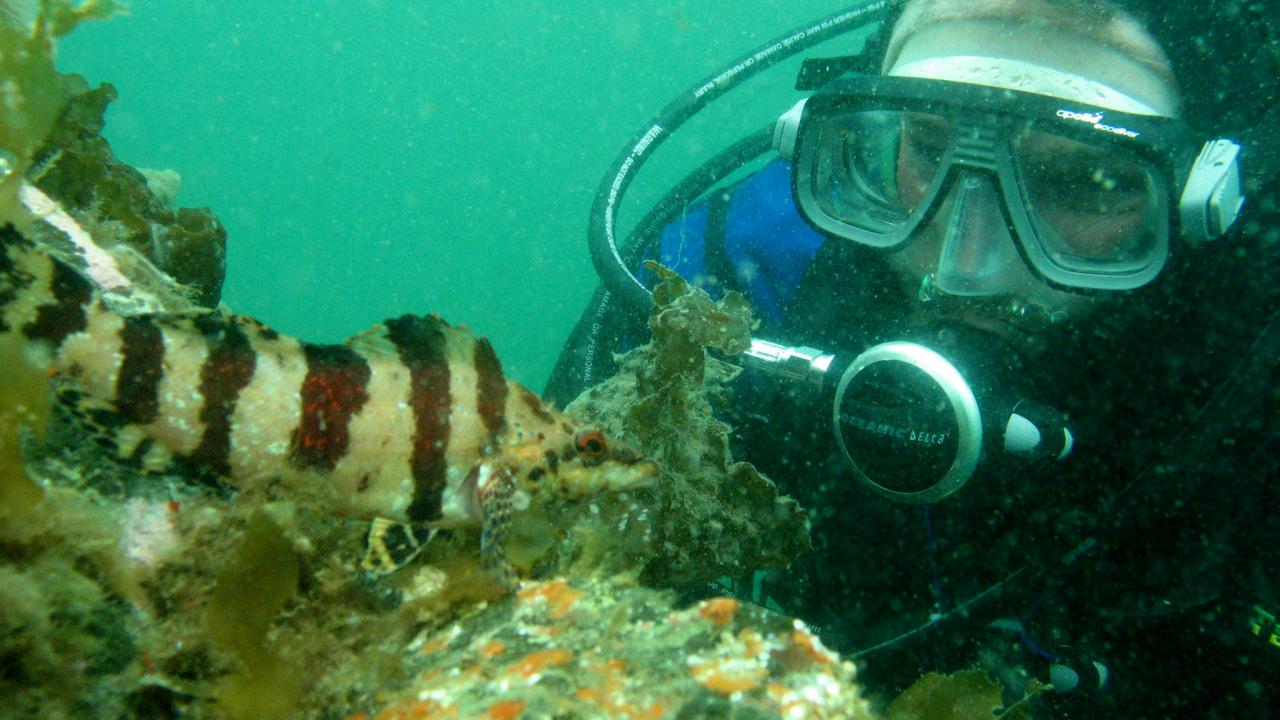 More than half of fish species in region documented by volunteer divers, including a new species

Hundreds of fish species live in the Salish Sea, and many face a number of threats. Monitoring the health of these fish populations is crucial. But with nearly 5,000 miles of coastline and more than 400 islands, it’s no small task.

The study, published in the journal Environmental Monitoring and Assessment, revealed that in just over two decades, volunteers with Reef Environmental Education Foundation (REEF)’s Volunteer Fish Survey Project helped monitor more than half of the total fish species known to occur in the Salish Sea.

The study found that the project’s surveyors also expanded the known range of multiple species within the ecosystem and documented the presence of a fish species not previously known to occur in the Salish Sea — the striped kelpfish (Gibbonsia metzi). This brings the total number of fish species known to use the Salish Sea to 261.

The research was led by SeaDoc Society, a program of the Karen C. Drayer Wildlife Health Center at the UC Davis School of Veterinary Medicine. SeaDoc has partnered with REEF for almost two decades to help train volunteer divers in the Pacific Northwest.